The Girl Who Lived in a Sign – Construction Drawings

Salina is a small community located in north central Kansas with a remarkably vibrant art and cultural scene, thanks to a generous public/private funding structure and a strong Arts and Humanities Commission. Phase I of this project was commissioned by the AHC and installed at the annual Smoky Hill River Festival in Salina's Oakdale Park. The intention of the piece was to raise awareness of Salina's diverse art and cultural organizations: generally not directly represented at the festival, they all nonetheless merit mention, as they have collectively created the environment within which an art festival of this scope may thrive. Theory:
Climate, and the variances of weather, influences the planting, growing, and harvesting of our crops, controls our comfort, and directly affects our ability to survive in any exterior environment. Predicting the weather with any degree of accuracy has therefore been of paramount importance throughout history; the earliest, and most accessible tool being a weathervane, to track the wind. Many ancient civilizations granted the wind anthropomorphic qualities, or believed it had divine powers. The earliest recorded weathervane honored the Greek god Triton, atop the Tower of the Winds in Athens - as Triton turned, he would reveal which of the gods portrayed on the building below was controlling the wind. Tibetan monks hang prayer flags to propagate their prayers over vast distances. Ancient sea-faring cultures made maps of the wind by recording wave patterns in knots, and used these twine-maps to traverse oceans. Sensing wind is one of our first ephemeral and abstract experiences, as we register pressure on our skin but see no causal object; we therefore become instinctively aware, from the very beginning, of its metaphysical nature. Of primary significance, then, is the potential for this energy to function as an abiogenetic conduit. The primary objective of this project is to explore this phenomenon in three phases, two of which are described within this website. A project overview of Phase III is available at ELEVATORS.

The energy transformation system begins in the park, with the visitor’s interaction with the weathervanes, and ends as that same person enters the building. The anemometers on the weathervanes spin as ‘energy’ (in an allegorical association with wind) moves throughout the city; the motion being initiated in building-centric events and following the resultant vectors of disequilibrium. This rotational motion is transformed, within the mechanism of the weathervanes, into a current that flows down through the cable to the junction boxes. The visitor comes into contact with these junction boxes, while making rubbings of the overlaying maps (with the goal of compiling a map that locates all nine of the weathervanes). The energy travels into the visitor, and he or she effectively becomes a battery cell, or energy storage receptacle. When the visitor finds their way to the corresponding building, he or she completes the circuit by discharging the energy into the ‘Circuit Diagrams’ device, by means of his or her interaction with the terminals. This energy is then propagated into the building via electrical cable. This specific event thus closes the original system, while simultaneously instigating a new force; in due course, registered by one of the weathervanes. The Phase II energy re-distribution device is half of a battery; the two opposing terminals consisting of a Plexiglas panel traced with a vinyl graphic that refers to the object on the corresponding weathervane in the park, and an aluminum panel into which a map of Salina is inscribed. The power cell of the battery is the visitor him/herself, who completes the circuit by pressing the light button to connect the two terminals.
The artist would like to recognize the following people for their invaluable assistance and encouragement, far beyond what was either required or expected, throughout the two completed phases of this project:
Connie Bonfy
Patrick Duegaw
Kristin Marlett and the NIAR team: Kim-Leng Poon, Sheun Wuay Cheng
Karla Prickett
Randy Regier
Max Stewart
PROJECT MADE POSSIBLE BY THE SALINA ARTS AND HUMANITIES COMMISSION AND THE NATIONAL ENDOWMENT FOR THE ARTS 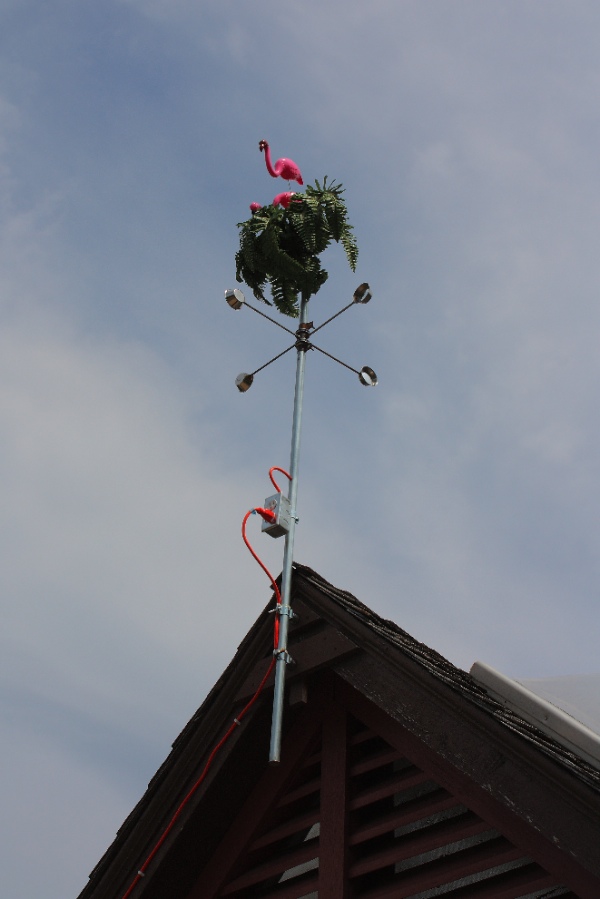 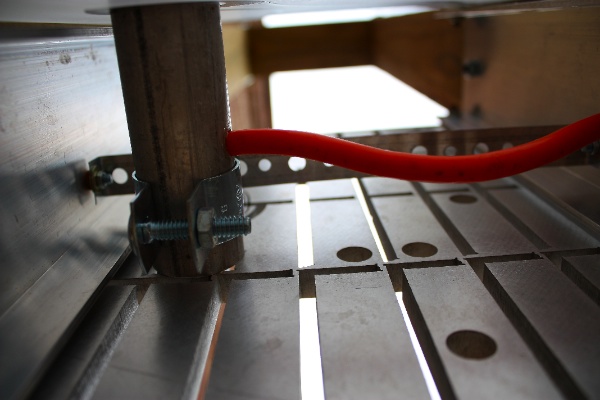 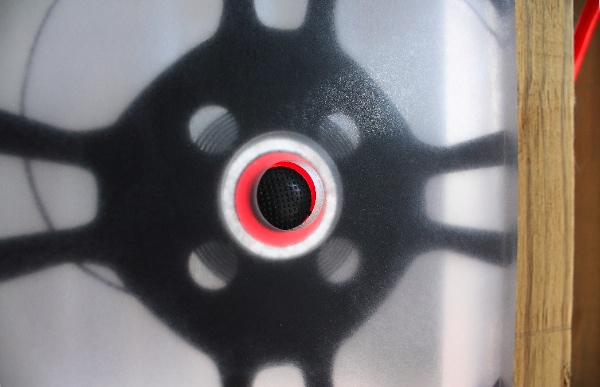 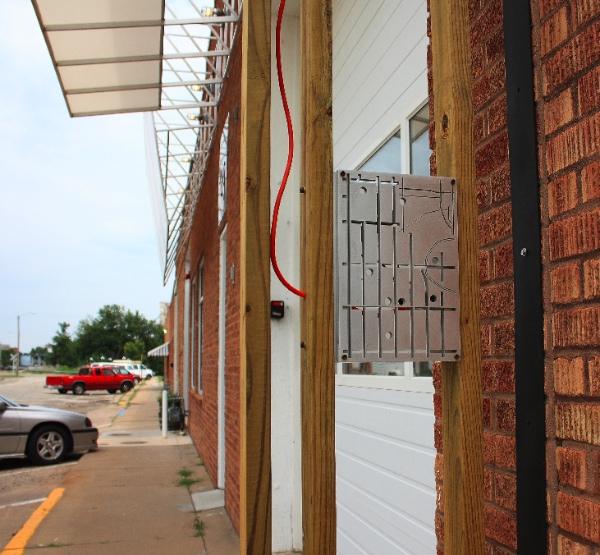 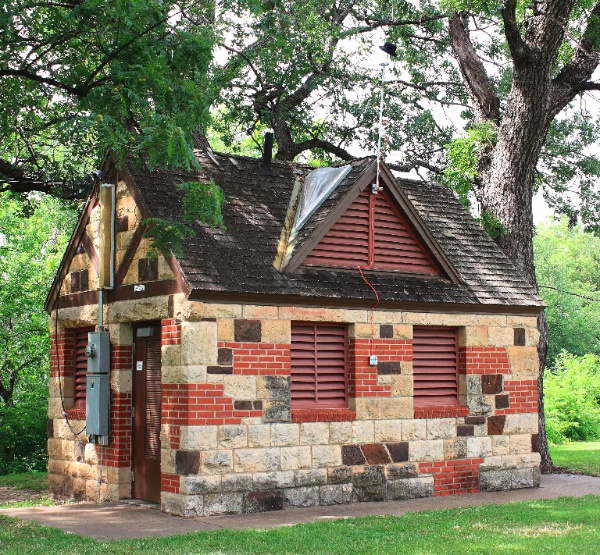 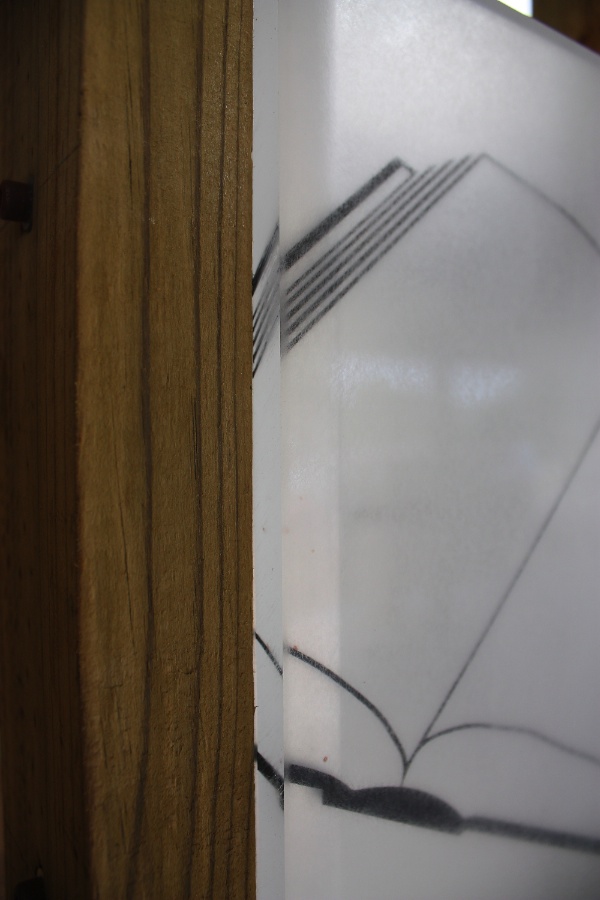 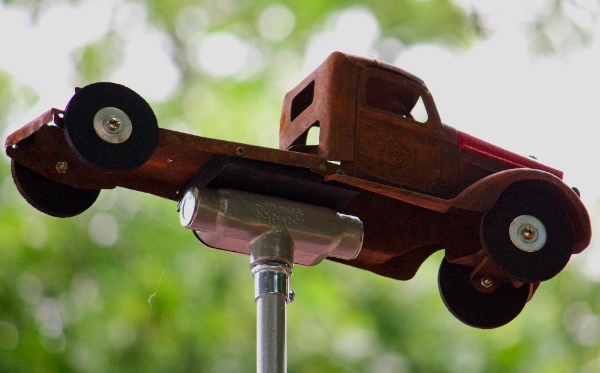 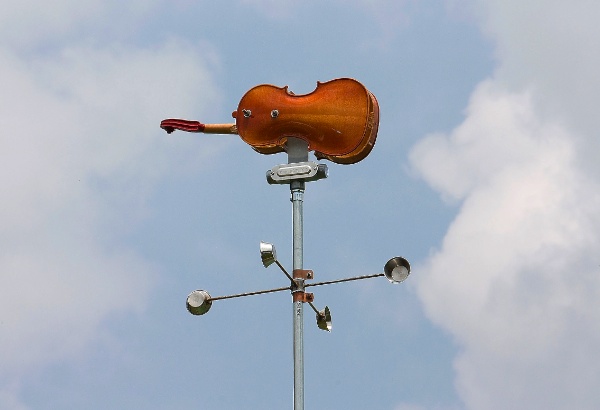 Stiefel Theatre for the Performing Arts