The Girl Who Lived in a Sign is a body of work that follows a girl who builds a house in the space between the faces of a roadside billboard. Here she is absolutely hidden, as not only is she out of sight visually, but also socially: few people would consider the narrow sliver of air inside a billboard to be usable space, and so would never even register its existence as they drive by at sixty-five miles an hour. However, the girl has designed a wholly acceptable dwelling within these odd dimensions and, in so doing, created the perfect place to both hide and watch the oblivious city move beneath her. A narrative accompanies this series, recounting the girl's adventures as she finds the sign, builds her house, installs a watching machine, and then draws a map derived from her observations (Chapters 1-3). In so doing, she discovers an entire system of motion in the world below (Chapter 4), invents a means to control this movement herself (Chapter 5), and finally realizes that she must create a new city in her own image (Chapter 7); possible only after she has first negated a specific group of urban elements by capturing them in a machine that is powered by a manufactured gravitational source (Chapter 6). “Self Portrait” (Chapter 8), is both a discourse on her self-conceived tripartite representation, and a portal into this new city. In Chapter 9, the girl moves from simply watching and manipulating, to actually interacting with her environment. She soon discovers that, in reversing her process of isolation, she must now adhere to established cultural norms, and is compelled to make herself clothes; specifically, a dress. Able, then, to move through the streets less conspicuously, she notices that her perceptions have become somehow kinetic, in that the information she receives from her eyes seems to differ from other, more intuitive and abstract sensations. She attempts to resolve this rather disconcerting three-dimensional palimpsestic impression of direction by recovering her magnetic sense (Chapter 10); a sensory organ that she hypothesizes must have originally been more prevalent among the human race, having de-evolved with the advent of cartography. In order to be able to understand, and therefore use, this new sense, the girl builds a map-making machine that allows her to track the variations between her visual and magnetic perceptions. 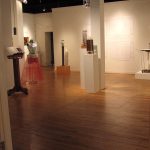 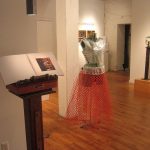 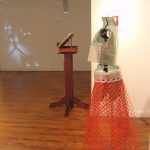 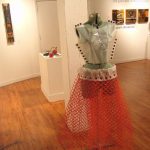 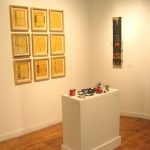 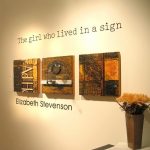 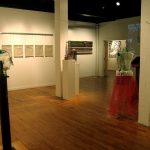 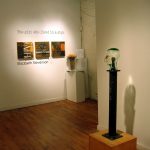 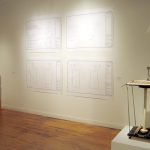 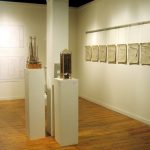 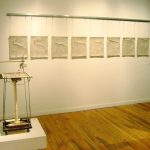 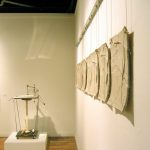