Evidently, an object was once hung from the rear wall of this building, perhaps some sort of box connected to the post that extends above the roof-line. It might have been removed or just fallen off; regardless, a raw surface remains. The concrete block has been left unsealed, and there are several penetrations that have been temporarily filled with spray-foam insulation. However, if these issues are not addressed, moisture will begin to degrade the block, thus compromising the structural integrity and imperviousness of the entire wall.
This is the rear wall of Picasso's Pizza, a popular restaurant owned by a good friend. The pizza is amazing but I tend to eat dinner pretty late at night, so I've often wished that the owner would open a late-night take-out window. I understand that this is probably not a viable option, otherwise my business-savvy friend would have done it ages ago, so I'm attempting to solve at least half the problem myself by installing a do-it-yourself pizza oven (with an overheating sensor connected to an automatic sprinkler system in case of malfunction--pizza ovens need to be very hot!) over the existing vulnerable patch. This can easily become a lucrative endeavor if the owner provides an exterior honor-bar of ingredients behind the shop, to allow his loyal but circadian-arrhythmical customers to prepare and then produce their own perfectly baked and cut pizzas whenever the craving hits. 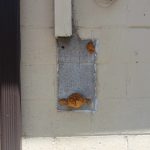 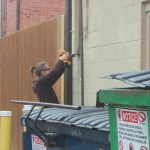 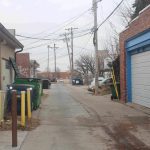 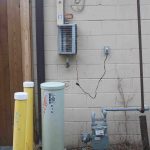 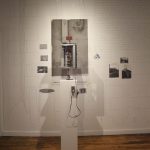 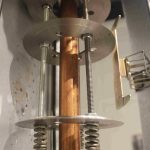 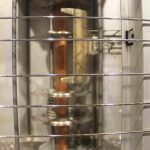 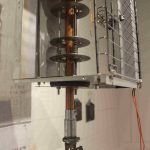 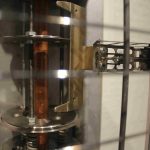