During the summer of 2017, in an undercover sting, the Kansas City Police Department caught a serial arsonist who had been targeting buildings in the downtown core, specifically those that were in the process of being renovated. A local man, Donald Werhausen Jr., was charged and subsequently confessed to starting these fires because he was angry at the gentrification of his neighborhood: Mr. Werhausen had found himself unable to afford the rent in the building he had inhabited for the last 25 years after his landlord sold it to a developer, and was currently living in his estranged wife's new boyfriend's garage under further threat of eviction. The situation had recently escalated to bizarre heights of awkwardness, so the ex-wife had indicated to Mr. Werhausen via text message that the entry code to the garage would be changed in a week. This message evidently pushed Mr. Werhausen to desperation, and he began striking back at the developers he insisted had ruined his life. Mr. Werhausen is no longer active; however, cognizant of the continued and unrelenting rise in property values in the area, the KCFD has installed combination fire detector and suppression systems in various high-risk locations within the most attractive and potentially profitable under-served blocks of downtown KCMO. 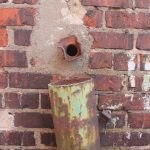 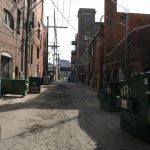 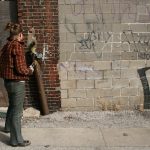 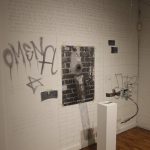