At some point in the not-too-distant future, water will probably be more valuable than money; in fact, it may well become the next medium of exchange. Robbing a bank in future will therefore involve stealing water rather than solid or digital currency—unfortunately, in placing a water valve at the front entry of their building; Emprise Bank has made themselves rather vulnerable to future theft. The solution thus far has been to cover the valve with a silly-looking fake rock that isn't fooling anyone. This device is designed to disguise the valve by confounding the viewer/potential thief as to the function or even location of the valve itself, and the random tangle of pipes should also protect it from vandalism. 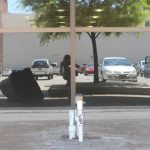 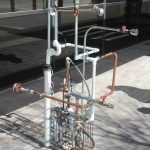 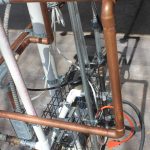 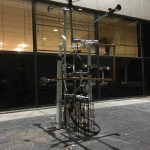 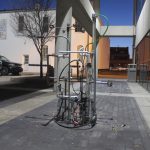 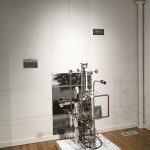